Drake, the most-streamed artist on Spotify, and Pusha T, a Virginian rapper and the head of Kanye West’s GOOD Music imprint, have been dissing each other in songs as far back as 2012. Popular star Drake is in hot mess as the infamous music artist Pusha.T shades him on his secret life in his new single, opening up to the public on the about of drake’s illegitimate child and porn-star baby mama oops!!! thinking my fav male superstar was a saint, gosh!!!! .This all began when Drake has accused Pusha of overblowing his past as a drug dealer in order to up his cred. drake dropped a punchline calling out pushat’s girl ‘YE’ in one of his tracks.  Drake came with rap punchlines and Pusha hit back with investigative journalism. Pusha T even went further to say on the breakfast club “I don’t even hang around my friends who have child support issues”.

Toure Show host went further to say adidon is the name of Drake’s upcoming Adidas line and now that name will be associated with this beef and Pusha’s monstrous diss track. Pusha has, in effect, screwed up Drake’s brand before it came out.

The cover art for the track on Soundcloud is a picture of Drake in blackface, taken by the photographer David Leyes. With this trending on the internet, everyone awaits drake’s DIVINE explanation or comeback…… :] 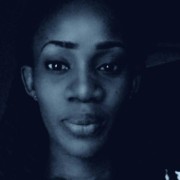 Cool, calm and observant.Professional gossip, Tell me your secrets and its headline